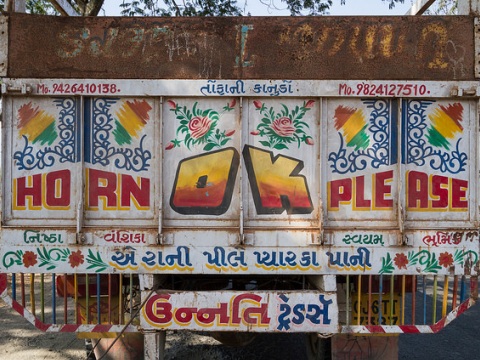 These are some typically Indian things to do, which are an integral part of an Indian’s identity. If you’re Indian, you probably have done all of these things at least once in your life.  If you’re a foreigner visiting the country, be sure to make room for these experiences in your itinerary.  You’ll go back richer for it.

Don’t worry, it’s not necessarily an invitation to fall ill.  It’s not really as bad as the documentaries you’ve seen on National Geographic.  Sure, there’s the occasional roach roaming around, the inevitable open drain nearby, and neighborhood dogs and cats fighting like, well, cats and dogs, to scavenge on leftovers.  You either end up tossing scraps to them out of pity or feel like a soulless demon until the next time you feed an animal.  Then there is the noisy parade of vehicles emitting smoke a few feet away.  Trust me, it all adds to the flavor.  Your tastebuds will be thankful. If your stomach can handle it as well, then it will have been worth the gamble.  If not, then there are always safer options such as fresh fruit and tender-coconut water.

Remember, what doesn’t kill you makes you stronger.  So, what makes you ill improves your tolerance, and you may well be ready soon for another crack at Indian street food.

Get pulled over by a traffic policeman, whose shirt buttons are dangerously close to popping under the immense pressure of his paunch.  Being prepared isn’t going to help you.  Your entire host of vehicle related documents isn’t going to stop this man.  He’ll smell your breath, check your vehicle for all rule flouting possible, and find something that’s not fine, to fine you with.  Your protests and pleas of being late will not faze him. And if all else fails, he’ll charge you with speeding.  Of course he’ll threaten to impound the vehicle, and it’s at that time you realize he grabbed your vehicle keys when he stopped you, half an hour ago.  Now prepare yourself for the standard offer of settling it outside the law right then or go through red tape and it will most likely be a few weeks before you see your vehicle again.  There’s of course a system to slip it into his palm “discreetly”.  And the customary moral tidbit, reminiscent of a fortune cookie.  You’ll learn the art of diplomacy in a few tries, and become glib enough to talk yourself out of any sticky situation you might face in your life.  A slippery silver tongue you shall be in case you manage to get away from them without becoming broke.

Autos are a uniquely South Asian thing, and it’s one of the must-have experiences when in India. If you’re very lucky, they’ll agree to take you, and if you’re lucky, they’ll have a meter to show how much you pay.   But more often than not, they quote their prices.  But the sense of community is so strong among them, it’s impossible to get an auto at the (fair) price you expect if they have decided to charge that much.  They’re the undisputed kings of bargaining and fleecing in India.

If your sense of adventure is still ticking, there’s the Share Auto.  These take up to 10 people in a vehicle designed for 4, but hey, it’s cheap and fast.  And when I say fast, man, are they fast. They find the smallest gaps between vehicles, which are often a squeeze for bicycles themselves, and are so confident of their spatial sense that they try to get in there.  Obviously, no one’s going to mess with the auto-wallah.  Not when 50 of his brethren are around you at any given moment.

Of course, how can one forget the shaking?  You’ll feel much like one of Bond’s famous martinis.
One thing is for sure, it’ll make for an unforgettable experience, one which will make you thankful for your car’s cramped legspace.

“Abandon all ideas of personal space, ye who enter here” would make for an appropriate caveat for the traveler.  More so, if it’s the Mumbai local at peak hour.  You’ll have truly experienced a touch of Incredible India then, besides the sweat and body odor of hundreds of people rubbing against your body.  And you never have to worry about getting through the people to get off the train or on the train.  You’re automatically shunted towards the entrance.  And keep in mind there is no individual, there’s only the crowd.

What you gain is an ability to give up control and let go of life.  Go with the flow, and let the crowd take you where it may.

5. Stand in line at a ticket counter or check-out lane

Expecting people to stand in a queue and obey the rules is more useless than the last four letters of the word.  You could ask flies to maintain order when they’re buzzing around food and you’d have more success.  If there’s one person with a conscience who allows a person to cut in front, they’ll rue that day.  More often than not, you’ll be asking people to step in line, and getting ignored.  You’ll learn patience from this exercise, and for sure, some anger management, maybe test the limits of your temper.  And a bit of assertiveness too, being forced to fight for what you want.

6. Bargain with a street-side vendor

If you look or talk like a foreigner, expect to have quoted prices multiplied by at least a factor of five.  And if you’re distinctly Indian, then anticipate only a doubling of prices.  And no matter how much you try, you’ll end up paying more than what something is really worth, even if you think you’ve landed a good deal.  Be prepared to hear that you’ve been quoted “only cost price plus a margin of 10 rupees”, along with a first-hand account of inflation and the prices of food grains in the economy.

Once you’ve crossed this off your list, you can be proud of your negotiation skills, and maybe now solve border issues between Israel and Palestine.

7. Watch a movie in a theater – first-day, first-show!

If you are determined, and very lucky, you just might be able to accomplish this one.  Ensure it’s a movie starring one of the actors who hold a demigod status in India, like Rajnikanth or Salman Khan.  There’s no movie watching experience to be had, however.  Outside the theater, there’s an aura of a temple and devotees, not a theater and movie-watchers.  Cutouts are erected, showered with flowers, milk and even beer.  Coconuts and pumpkins are broken to ward off the evil eye and to ensure the film’s success.  Once inside, you’re not going to be able to take your seat and relax.  The yelling, cheering, hooting and literally worshiping of the Superstar goes on well into the movie, undeterred by hoarse throats and sore muscles.  Each dialogue and song sequence infuses the crowd with a fresh burst of energy.  You might have heard of hero-worship, but here is where you worship the heroes.

Let go of your rationality and revel in being a fanatic, live in the moment and worship a human, all of which are truly rare experiences.

Let go of all your etiquette and inhibitions and just be as loud and obnoxious a driver as you want to be.  More often than not, you’ll be verbally abused for not honking (at something in front of you) than for honking away.  In fact, you’re requested to be loud with your horn, like the pic very much says.  It’s not uncommon to see truck/bus drivers getting creative with their horns, and often playing tunes that they compose to break the monotony.  To the honkers, it is such an enormous stress reliever on Indian roads, not to mention an extremely effective communication method.  So, let loose that inner musician of yours.

9. Ask a stranger for directions

It’s a matter of fierce pride for any Indian to be asked for directions, and one of shame not to be able to provide them.  So, people jump at the chance to help you out, even if they can only provide vague directions, invariably involving 2nd lefts and 3rd rights.  And there are a lot of experiences to be witnessed this way.  Especially if you ask an auto driver.  To start with, he’ll obviously try to get you to be a patron.  If that’s not possible, he’ll ask you if you know of “landmarks” that are not even close to being called that.  Then, with a condescending sigh, he’ll start to explain to you as if you were a kid, and give up halfway and chalk out an entirely different route because it’s easier and shorter. And sometimes, it just may happen that another auto driver disagrees with the route the first one chalked out.  Boy oh boy, aren’t you in for a treat then?

It’s a magnificent test of your people-judging skills, as you look around to decide whom to ask for directions, while not showing that you’re completely hapless.  Who you choose could very well make/break your day.

India offers a range of religious spectacles that are an absolute treat to behold, especially during the festive season, which is basically all year around.  After all, it is the birthplace of four major world religions: Hinduism, Buddhism, Jainism, and Sikhism.  In addition, it has the second-largest population of Muslims in the world, and Christianity has been in India since 70 C.E.

One treat: Amazing insights into religion and modernity and the co-existence of the two. For example, a student reads about the Higgs-Boson particle being discovered and then walks up a hill barefoot to ensure he does well in his exam. Don’t be surprised to witness a godman featured on live TV or a graduate software engineer get exorcised.  It’s a fascinating land of extremes.

While there are typical Indian things, there are also stereotypes about India. Read about them here: Debunking Common Stereotypes About India.