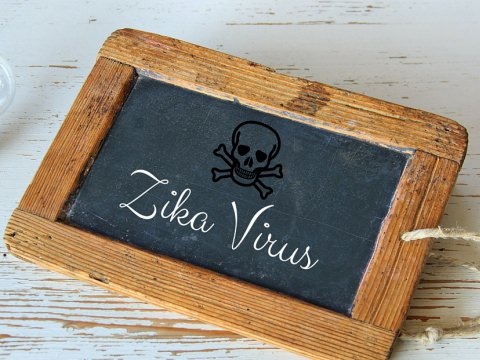 The World Health Organization had recently declared the Zika virus a global public health threat.  More than 150 cases have been confirmed in Singapore until now.  The Centers for Disease Control and Prevention in the US have already added Singapore to its list of countries affected by the Zika virus.  Malaysia also confirmed its first case of Zika infection on September 1, 2016.  When neighboring countries are reeling under the pressure to control the spread of the Zika virus, India should also be gearing up for a Zika outbreak in the near future.

The monsoons are in full swing across the country, making it the perfect place for mosquitoes to breed.  If you didn’t know, mosquitoes are the agents of Zika transmission.  When a female Aedis mosquito bites an individual who has already been infected, the mosquito turns into a carrier of the disease, passing it on to every other individual it bites.  Thus, India’s tropical climate and the current wet weather increase the chances of a Zika flare-up.

The symptoms of Zika fever are either mild or non-existent.  Patients normally complain of fever, pain in the joints, red eyes, and rashes which may persist for a week.  Since most adults are unharmed, we may wonder what all the hype about Zika fever is.  Certain adults affected by the Zika virus have developed Guillain-Barre Syndrome, a nervous disorder that can even cause temporary paralysis.

But the biggest threat Zika poses is to pregnant women. They can transfer the disease to the unborn child and this has been known to cause microcephaly, a congenital condition that inhibits head growth in the baby.  The virus attacks the fetal nerve cells, resulting in brain malformations and other birth effects.  Zika virus has also been found to increase the risk of miscarriage.

Pregnant women in the countries affected by the Zika virus have been advised by their governments to delay getting pregnant.  Also, pregnant women are advised against traveling to Zika-affected countries.

There is neither a vaccine nor a specific treatment method for Zika fever.  Over-the-counter antipyretics and painkillers have been found to relieve patients of the symptoms.  So, the safest bet is to reduce the risk of infection.

Preventing the Spread of Zika Virus

Officials should impose strict Zika-screening at airports, especially the travelers arriving from countries affected by the Zika virus.  There is a list of countries that pregnant women should avoid traveling to.

Zika virus is also known to spread from one person to another through sexual contact.  So, practicing safe sex is another way to lower your risk of acquiring Zika fever.

Since they also spread through blood transfusions, people who have recently traveled to Zika-affected countries should be banned from donating blood.

Since mosquitoes are vectors of many infectious diseases, taking precaution not only reduces the risk of you acquiring Zika fever, but also reduces your chances of catching dengue, malaria, chikungunya, and yellow fever, all of which are transmitted by the same type of mosquito.  The fact that these mosquitoes are active during the day does not mean that they don’t bite at night.

The spreading of Zika can be reduced by controlling the breeding of mosquitoes.  Commercial and residential premises should be regularly inspected so that they don’t become breeding grounds for mosquitoes.  Mosquitoes lay eggs wherever there is stagnant water, such as in puddles, tyres, buckets, flowerpots, and even trash cans that hold even a little amount of water.  Upturning objects that can retain water will be an effective way to combat the breeding of mosquitoes in your neighborhood.

Lately, the civic bodies in cities have increased fogging.  For those who are skeptical of the fogging technique, World Health Organization had declared that fogging will not harm human beings in any way.  The amount of insecticide in it is very low and it is dispersed in quantities that can only kill something as small as a mosquito.  It has been found to have no adverse health effects.

Mosquito-proofing the windows and doors of your house will keep them out. Wearing clothes that cover your arms and legs and using mosquito repellent when stepping outdoors are simple ways to make sure you don’t get bitten.

Also, read  Sex and the Indian to know about the importance of sex education in India.

List of 12 Great TV Shows To Watch Instead of a Re-Run of Friends
What Clothes to Wear to Work or College: Dressing Tips for Women
Comment