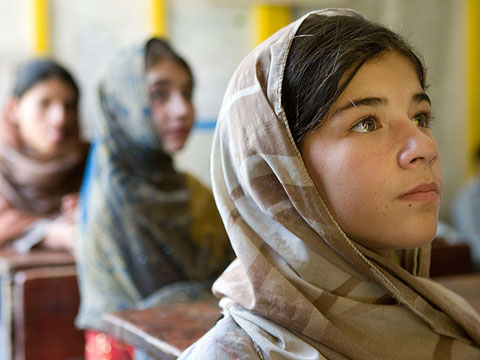 Throughout history, women have influenced society with their thoughts and actions.  Here we present recordings of talks by nine strong Indian women who motivate the world to see things differently.  While politicians love to talk about women’s empowerment, these role models exemplify it.   Listen to them!

Kangana Ranaut was called ‘The New Face of India’ at the Women in the World international summit, 2015, where she gave one of the most empowering speeches addressed to women.  She shared the platform with other inspirational women such as Meryl Streep, the famed actress; Queen Rania of Jordan, and Nicole Sturgeon, the current First Minister of Scotland.  In her speech, Kangana recounted her life before Bollywood, her struggling days in Mumbai, having been financially cut off by her parents after she left home to pursue her dream of becoming an actor.  She appealed to fellow women not to consider femininity as a weakness, but rather to embrace it to become confident enough not to want other people’s approval.

Deepa Mehta, the acclaimed Indian filmmaker, gave a touching speech as she received an honorary degree in 2011 from the University of Toronto.  Her talk was about the value of failure.  In the present-day world, in which we are conditioned to strive for success, Deepa Mehta’s advice to youth was not to take failures to heart but to learn from them to grow into better and wiser individuals.  Her speech deeply moved many a student and parent in the audience, and was met with prolonged applause.

Arundhati Roy, author and activist, gave a hard-hitting ‘Come September’ talk in Santa Fe.  Her speech focused on topics of international concern such as the United States’ war on terror, disillusioned contemporary societies, and the widening gap between the rich and the poor.  She described how the world is run by three organizations — the International Monetary Fund, the World Trade Organization and the World Bank.  She also talked about how power has a shelf life and predicted that a world run by ‘greedy bankers and CEOs’ cannot possibly last and that that failure will mirror the failure of Soviet-style communism.

In 2012, Aishwarya Rai Bachchan gave a truly inspiring speech on world peace, at a ceremony conducted at the United Nations headquarters, to commemorate International Day of Peace.  She addressed a gathering of students and dignitaries and began with how peace was a ‘divine manifestation’ which every individual has to give birth to, from within.  She then urged students to let go of their ego and material individual wants, which she cited as the issue from which bigger issues such as the menace of war and weapons stem.  Watch all the way to the Sanskrit shloka at the end!

Vandhana Shiva, the famous ecologist and activist, gave an eye-opening speech on ‘The Future of Food and Seed: Justice, Sustainability and Peace in the 21st Century’, at a conference in Portland, Oregon in 2009.  She talked about seed wars – a battle that has been going on since the ’80s over acquiring seed ownership through regulations, agreements and laws – and about the dangers of genetic engineering, patenting, and biopiracy.  She demanded seed freedom for farmers and protection from unrestrained and unregulated biotechnology.  She also bashed genetic modification and demanded a total refocus from profits to sustainable life systems and voiced the need for organic biodiversity.

At a 2012 conference on Successful Women in Management, in Chennai, the celebrated Indian classical dancer Mallika Sarabhai moved the audience with a brilliant speech.  She inspired women to look beyond marriage, children and the responsibilities that come with those, and to envision a future without the constraints of society’s preconceived notions.  She began by introducing the concept of Atmamanthan, or looking within oneself to find out what one really wants.  She referred to challenges in overcoming existing prejudices and said that she would rather be hanged for what she believes in than for what she is expected to believe.  The speech received a standing ovation.

Noted film director Mira Nair was the keynote speaker at a ceremony at the White House where the National Awards for the Arts and Humanities were presented by President Barack Obama.  Her speech was a powerful recounting of what it was like to grow up in Orissa and the transformations that happened over the years on her path to becoming a successful filmmaker.  She reminisced on the various influences in her life over the years, starting with the Irish Catholic nuns at her convent school back in India.  Throughout her speech, she reiterated how life as a working artist was possible.  Yet, she emphasized that importance be given to the arts and even went on to suggest that a tiny percentage of military budgets be set aside for supporting the arts.

Medha Patkar’s name is synonymous with the Narmada Bachao Andolan [Save Narmada Movement].  She fought for two decades against the construction of the Sardar Sarovar Dam across the river Narmada.  At the 2nd World Water Forum held in The Hague, Netherlands, she gave a passionate speech against liberalization.  She condemned liberalization for its focus export-oriented agriculture, which requires water-intensive irrigation.  She talked against the privatization of water to foreign companies in countries such as Peru.  To further her argument, she pointed out the difference between native people and foreign companies by saying how the former are people who live on natural resources while the latter are people living on the profits made from natural resources.

Actress and former Miss Universe, Sushmita Sen, in a speech at a Save and Empower the Girl Child Campaign Fashion Show, talked about how she got the courage to be a single mother in a predominantly patriarchal country such as India.  She began by saying how the ‘Age of Aquarius’ was just around the corner, the age when women will rise. She talked about how, as an 18-year-old, she got to meet Mother Teresa in Kolkata and was taken aback when informed about the number of abandoned girl babies who continue to remain in the orphanage, in contrast to the few abandoned boy babies, who generally get adopted soon after their arrival.  Sushmita went on to talk against female infanticide and female foeticide, and why fathers should be proud when a daughter is born because daughters are born with the ability to provide and nurture lives, something so magical that it should not be overlooked, according to her.  She also mentioned how individuals can bring change to the world by bringing change to at least one life, citing her own example of raising two daughters, Renne and Alisha.

If you are in yours 20s, read these 10 Life-Changing Books to be inspired.

Indian Wedding Etiquette: Advice for Guests on Invitations, Gifts, Dress Code and More
You Haven’t Experienced Incredible India Unless You Have Done These 10 Things
Comment