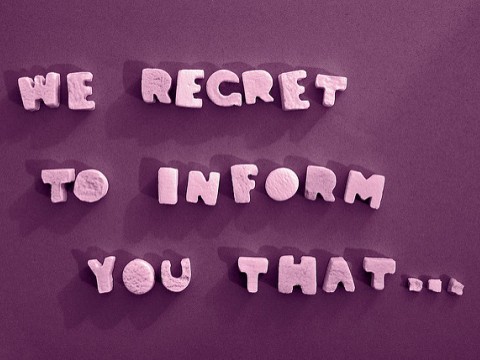 Here’s a word of caution to all the men out there scouring matrimonial sites, finding every chance to make themselves noticed on the arranged-marriage market, and trusting their parents to make the choice.  If you think your fancy degree, fat wallet, overseas work permit, and swanky car will not get you rejected as a potential groom, then brace yourselves.  These brothers-in-struggle will tell you about the other things you will have to look out for.

1. The girl who fears spectacles

Vignesh Swargam‘s cousin had just begun to really like the girl his parents had chosen for him.  But he was given the royal ditch.  One day, the said girl ran home in horror after seeing her fiancé wearing spectacles while reading the newspaper.  Before you go “How ridiculous!”, here’s the twist.  The cousin, who had perfect vision, was fooling around with the pair of glasses that his father had left on the table.

2. Because big brother does not approve

The buck stops with the parents in most families, but that’s not the case all the time.  Enter bride’s elder brother.  This Quora user was rejected for being more qualified than the prospective bride’s brother.  Talk about ego issues!

This poor chap, after being rejected twice on earlier occasions, wasn’t lucky the third time either.  While the prospective bride had been pleased with him for being based out of her favorite city, Mumbai, she rejected him for not knowing a “a small locality near her college”. She, apparently, had felt that he was not the “traveling adventurous type”.

4. The girl who thinks he is too fair

It’s true how they say anything in excess can be harmful.   Vignesh M had pitched in to fast track his sister’s groom-hunting.  After finding her one, that the entire family had agreed upon, his sister was shown the groom’s photograph.  The fact that he was fairer than her, despite her brother’s cries that it had been photoshopped, had led to his rejection.

5. The father who knows what’s trending better than the groom

This is the story of a father, who loses sight of the task at hand at the pretext of “bonding” with the prospective groom.  Ranjana Jha‘s cousin had received a text on Whatsapp from the bride’s father, who, we later learn, was steadfast on portraying himself as a youthful and modern person.  During the hour-long conversation over the phone, the father had asked Ranjana’s cousin why he drove a Swift Dzire, given that it was an old model and that “youth these days follow the latest trend”.  That was not all.  He had also wanted to know how often her cousin, who was sporting formals in his Whatsapp profile picture, wore casuals.  As if the youth only wore casuals.  The icing on the cake: He had sent her cousin a few pictures of himself, not of his daughter’s; clubbing, and riding a bullet.  Enough said!

Puran Chand Rajpurohit‘s father had found a prospective groom’s “knuckle-popping” and posture as red flags.  Also, the fact that he was smiling “too much” and his “too much stylish hair”, somehow affirmed the father’s convictions and led to the groom’s rejection.  Quite a personality test, don’t you think?

7. These people who think they’ve got you figured out

Pramod Choudhary was rejected by several families for these weird reasons.  In spite of having no physical drawbacks, his “different” walking style had not gone down well with many.  Then, there were others who found his distaste for flashy watches and designer clothes as a reflection of his “gullible” personality.

8. The family that wanted the groom to relocate

The city you work in does not escape scrutiny either.  While Rahul Agarwal was the perfect match for the bride, the latter’s family hailing from Uttar Pradesh had expressed concerns about him working in Chennai.  While some members of the family told Rahul that the city was not even a part of India, the others had asked him to move out immediately because he was apparently “facing a life threat” in Chennai.  Of all the things the city is accused of, this is definitely the most outlandish.

9. When reading newspapers costs you a jodi

Remember the time when a few of our classmate, who read newspapers were heralded as examples that we were to follow?  Gaurav Mishra‘s cousin had rejected a prospective groom, who was one such example.  Except, reading newspapers had been his hobby and that had cost him dearly.

10. These experts on castes

It is an undeniable fact that caste equations still influence marital alliances.  Thirukumar Ravindran‘s encounter with a prospective bride’s family only proves that and more.  While the bride’s father was not convinced that Thirukumar’s parents belonged to the same caste, he was pretty certain that his mother and aunt definitely “did not look like they belonged” to and were “lying” to him about the caste they had claimed they belonged to.  Insert dramatic gasp.  How could they?

Potential brides also have to put up with a barrage of embarrassing questions and worse when they meet the prospects.  Read: Arranged-Marriage Experiences: When A Potential Groom Comes Visiting.

Holy Cow! Watch out for These 10 Animals on Indian Roads
19 Hilarious Indian Wedding Cliches Most of Us Can Relate To
Comment