It happens every four years: Hundreds of millions of people worldwide shut everything else out and follow their favorite football team in the FIFA World Cup finals.

Who do you think is going to win?

Will it be Brazil, the darling of many followers of the beautiful game?  Or will the pressures of being the host nation and one of the favorites be too much for the team?

Will Lionel Messi’s magic work at the international level for once, for Argentina?

Will Germany become the first European side to lift the cup in South America?

The stakes are so high that several teams have left little to chance, even going so far as to forbid their players from having sex for the duration of the tournament.

Does it help?  Well, studies indicate that athletes’ extracurricular activities do not affect their athletic performance.

However, the psychological effects of off-field exertions have not been sufficiently studied.

Until that happens, if you need help in placing your bets and want to take this X-factor also into account, Jodi365 has a handy infographic for you: 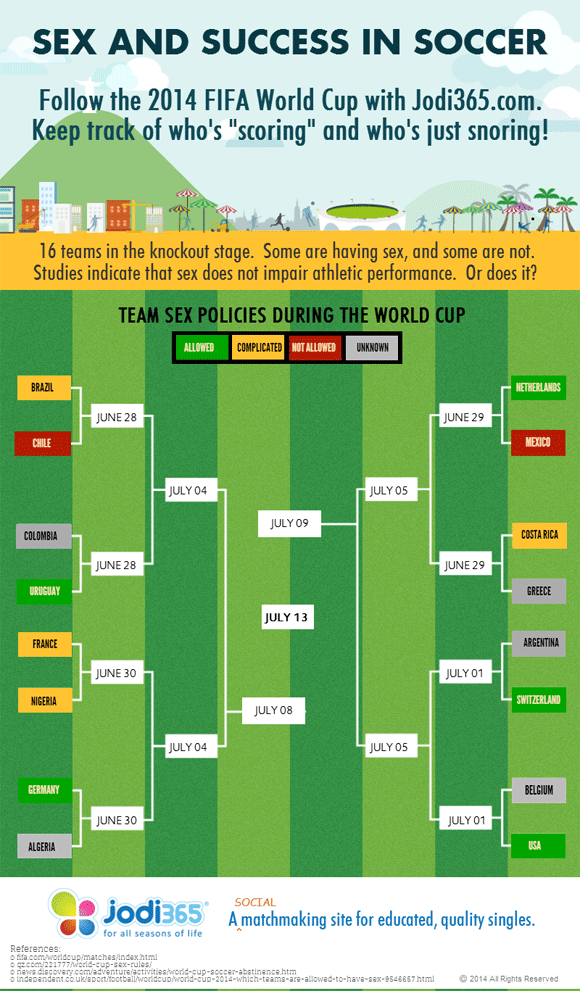 Use this color-coded match schedule as you follow the World Cup.  If nothing else, it may remind you not to make your spouse a football widow(er).  Why, it could even lead to some healthy stress release.

Sports enthusiast? Read about the state of cricket live-text commentary in India: Virat Kohli And Our Propensity For Cringe-Inducing Hero Worship. 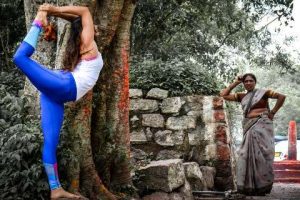 Apologies In a Relationship

This, too, shall pass