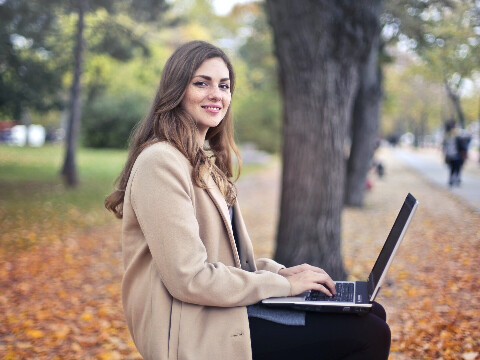 Editor’s note: This column first appeared in the print edition of ChiBus, the student newspaper of the Chicago Booth School of Business, in November 2007, when the school was still known as the University of Chicago Graduate School of Business. Anil Kumar shares his two cents on a student’s life at Chicago GSB.

This has been a column many months in the making, but the final impetus came from an e-mail that I received from a Chicago-area alumnus recently. He wrote to say he was sorry to have missed an event that some of us at the PEVC (Private Equity, Entrepreneurial Ventures, and Venture Capital Club) had organized at the Gleacher Center on a recent Saturday. What kept him, you wonder? The poor chap did set out for the event but was stuck in crawling traffic! After realizing that he would miss most of the event, he just headed back.

I empathized with him, as would most people who have ever had to suffer his predicament. I doubted, though, whether he was aware how fortunate I have felt to be able to get to school most Saturdays. (My weekly commute consists of a 20-mile drive, an airport shuttle ride, a 1,750-mile flight and a train ride, and lasts up to seven hours. Imagine the variances and the potential for surprises on such a commute.) For that matter, I doubt whether most of you reading this are aware of what the life of a weekend student is like. That is what this piece is about: to give all of you campus and evening program students at the GSB some glimpses into the lives of weekend students.

Now, I am not the first student to have gone through the weekend program. However, I may well be the first weekend student from whom some of you are hearing, and that alone may make this writing endeavor worthwhile. (Do you see parallels in how, while many of life’s lessons are universal and eternal, each generation has to learn them from scratch?)

But first, how many are we? The GSB admits about a hundred students into the Weekend program every fall. Of my cohort group of 104 students entering in Autumn 2006, only 19% were Illinois residents; if you counted Wisconsin, Indiana, and Michigan also, that accounted for 42% of the class. Another 24% commute from the immediate outer band of states: Minnesota, Iowa, Missouri, Tennessee, Kentucky, and Ohio. Would you believe that the remaining students, a full 34%, commute from at least two states away?

Then again, these statistics are a year old. It is estimated that 25% of the U.S. population pack up and move every year, and the GSB-attending subset is surely no less mobile. My own Seattle area club of three was whittled down to one. Credit Wei Ge and Amit Mangal with knowing what they wanted and going after it: Both re-located to Chicago over the past year; one is now at UBS and the other is headed to Lehman Brothers. Best of all, they have also managed to stay married!

For those of us who still fly in, here are some notes from our journals. Flipping to page one in my own journal, this is how my first weekend of classes at the GSB began: I flew from Seattle to Toronto the previous Sunday, spent a day in Toronto, flew from Toronto to Boston on Monday night, attended a conference on Tuesday, flew back to Seattle on Wednesday, went into work on Thursday, had a root-canal procedure on Friday morning, came into work for a few hours, and flew to Chicago on Friday afternoon for the start of school. Best of all, 55 weekends of travel and 190,000 air miles later, I am still standing!

If you think that was dramatic, here’s Deepak Gupta’s story from one weekend. He flies in from the other Washington (D.C.), on Saturday morning. Early one Saturday morning (we are talking 5 AM early), he drives himself to the airport in pouring rain. His car hydroplanes, does a 360 or two and slams into a roadside barrier. Luckily, he is unhurt, but what’s on his mind is the possibility that he will miss his flight. He calls for a tow truck to have his totaled car towed home and his wife to pick him up and drive him to the airport. The tow truck arrives promptly; a grateful Deepak hands the driver hundred bucks to drop the car off. His wife arrives, with their year-old baby in a car seat – it is still dark and pouring – picks him up off the highway, and drops him off. He makes his 6:30 AM flight into Chicago!

Another time, he flew in at 11 PM on Friday and barely checked into his hotel room when his worried wife called about their baby’s becoming feverishly ill. He went straight back to the airport and took the first available flight home. His child got well soon, but best of all, a year later, my friend isn’t bald yet!

Not missing a flight was one of the modest goals I set for myself as I began my program. Barely, two quarters in, though, I was late in getting to the airport one Friday morning, and my plane had just begun taxiing away when I reached the gate. Worse, I was to take a mid-term that evening (I was enrolled in a Friday-night class). I resigned myself to missing the mid-term and was being re-booked on a different flight when, some ten minutes later, the gate attendant who consoled me for missing the original flight came running and said, “Didn’t you just miss your flight? Come with me, we can put you on that flight!” As it turned out, that flight didn’t take off, because of some mechanical trouble, and it taxied back to another gate to get inspected. As I was led into that plane, I was told that I was very lucky and that I should buy a lottery ticket. (“Yeah, right!” I thought to myself, “How lucky would I be if this plane were to go down instead?”) I should have bought a lottery ticket, after all, because not only did I get to Gleacher with time to spare, but I also ended up with the second-highest score on the mid-term. (Sure enough, the law of averages caught up with me before long.)

My goals over the past year have run the gamut: to stay employed, to keep up with school work, to keep in touch with friends and family, and to stay healthy. Ultimately, it is about putting one’s time to the best use and to making the most of the opportunities here at the GSB. Seen that way, the life of a weekend student appears little different from that of a campus or evening student’s, doesn’t it?

Editor’s note: Anil Kumar is the founder of Jodi365, a quality matchmaking platform for professionals and quality singles.

What is the right age to get married?
Worries that keep a startup founder up at night
Comment