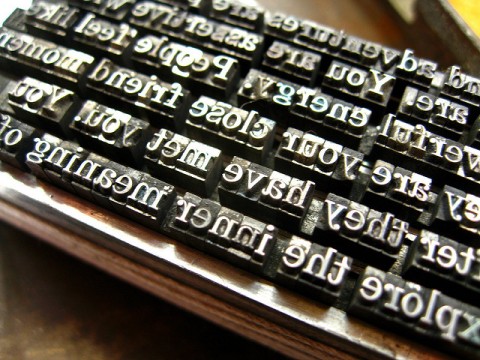 Look around you.  Reflect on the thousands of ways in which people make a living.  Care to guess which occupations might not be around in a generation, with technological advances rendering them obsolete?  Our grandparents would have been unable to imagine the number and scope of jobs that exist today.  Many of the occupations they would have been familiar with have become obsolete, and some are heading down the valley of no return, thanks to industrialization, modernization, and more recently, globalization.

The scene from the movie The Intern (2015), where Robert De Niro tells Anne Hathaway about how he “was in charge of overseeing the printing of the physical phone book” and the conversation that ensued afterwards would have teared  up at least some of us.  He talks about the decline of the once prosperous business because of technological advancements such as Google.  Here is a list of jobs that have become obsolete or are fast on their way out.

Every executive once had a stenographer they dictated notes and letter outlines to.  Today’s smartphone-wielding generation wouldn’t know the pressure stenographers used to be under so that not a single word was missed.

With the onset of the digital documentation era, clerks whose sole purpose was to file documents such as medical records and office reports, are increasingly moving on in search of new job opportunities.

Before the refrigeration technique was invented, ice-delivery men used to go from house to house, delivering ice for iceboxes.

Back in the time when there were no layouts or even computers, for creating newspaper pages, each piece of type had to be placed in the printing presses in the correct order.  This was the job of the newspaper typesetter.  Just imagine spending hours doing this!

Little do we know about the troubles that elevator operators had to go through once upon a time.  For an elevator cab to properly land on the desired floor, operators were required to manually pull levers.

Many of the people reading this post would have never received a telegram. That opportunity has flown the nest.  India’s last telegram was sent on July 14, 2013.  Along with it died an occupation that was in high demand nearly a century ago.

The memory of cycle rickshaws must be still fresh in most of our minds.  Motorized vehicles, especially auto rickshaws have put cycle rickshaws out of business, except in pockets where they may serve as a local sightseeing option for tourists.

Before the advent of matrimonial websites, matchmakers or wedding brokers served families by bringing marriage proposals for their grown sons and daughters from near and far.  Even today, they do exist in parts of the country. However, their popularity has declined with more and more people choosing to go online and find a match the “modern way”.

Have we missed any other job that has gone obsolete or is on its way out?  If so, drop a comment and let us know.

In recent weeks and months, many startups have been showing the door to dozens if not hundreds of their employees.  Here is a list of helpful dos and don’ts to help you bounce back: An Open Letter To Employees Laid Off By Startups Such As Flipkart, Ola, Zomato, Snapdeal, TinyOwl, And FoodPanda.

To Wear a Seat Belt or Not? That Shouldn’t Be a Question!
If You Tend to Eat Out, Watch Out for These Tricks that Restaurants Play!
Comment

If You Tend to Eat Out, Watch Out for These Tricks that Restaurants Play!

When do you know you are ready for a relationship