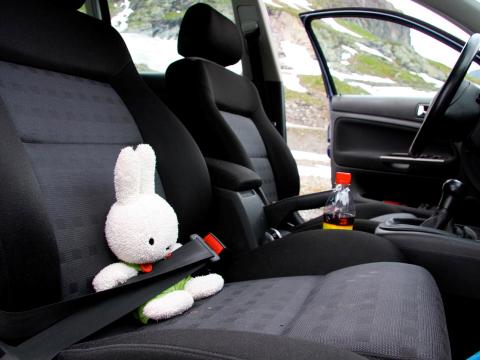 Remember those “nature versus nurture” debates?  The ones that ask, are we who we are because of our genes or because of our upbringing and environmental conditioning.

Scientists have found it helpful to study twins who were separated at birth and raised in different environments.  That way, you can isolate differences brought about by how one is raised.

But this post is not about nature versus nurture.  It is about:

To wear a seat belt or not.

Then there are those who recognize that crashes can happen and yet feel that, in the event of an accident, it would be better not to be “trapped” in one’s seat.  They couldn’t be more mistaken!

We have videos that prove it.  Just as in the case of twins with the same genes but dealing with a different environment, we have two people in the same vehicle dealing with the same impact.  The difference is that one is wearing a seat belt and the other isn’t.  It is not gruesome, so go on, take a minute to watch it. (Wait for it.)

That’s still a mild case for wearing seat belts.  Here’s one which talks about the list of injuries one can pick up within seconds of impact when not wearing a seat belt:

(It is good to see a PSA in Hindi.  The 400+ million people who speak primarily Hindi in India and have to contend with notoriously accident-prone Indian roads could well use it.)

Think it’s only the driver who needs it and not the passenger?  Think you’re sufficiently safe if you’re seated in a rear seat?  Think again!

We may be tempted to think, “Oh, what’s the need?  It’s just a short drive around the neighborhood,” or “We’re driving so carefully that it shouldn’t matter.”  But it is necessary, and your driving carefully alone isn’t enough; you need to safeguard yourself and your fellow passengers against the possibility that someone else could lose control and ram into your vehicle.

Not convinced?  Watch these next two videos and decide for yourself.  Sadly, it can’t be said that no humans were hurt in the process of filming the video.

So, remember, unless you are Rajinikanth, who can freeze-frame the universe before an accident occurs, you had better wear one!

I am going to go one step further.  I’m going to insist that even those sitting in the rear seat of any car that I drive, strap on their seat belts.

Anil Kumar is the founder and CEO of Jodi365.com.  He is based in Chennai and tweets, occasionally, @aktxt.

#NeverForget? 11 Major Terror Attacks in India Since 1991. How We Forget!
Think about these once-popular jobs made obsolete by technology. Is yours safe?
Comment

Foreign Music Bands in India: A Peep Into the Past