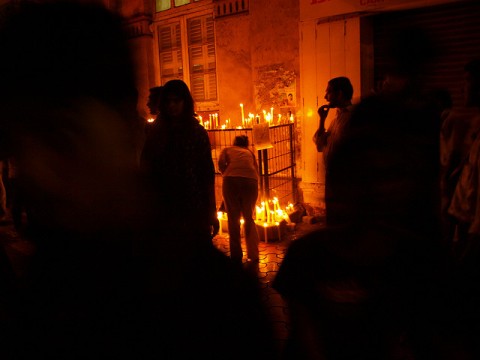 The US just marked the 15th anniversary of 9/11.  On September 11, 2001, militants belonging to the Islamic extremist organization al-Qaeda hijacked four airplanes out of which two crashed into the twin towers of the World Trade Center in New York, one was flown into the Pentagon in Washington, D.C., and the fourth crashed into a field in rural Pennsylvania.  If you believe the official story, that is.  What is undeniable, though, is that about 3,000 people were killed in this attack that shook the world.

Every year, the US memorializes and honors those who lost their lives.  It is a chance for the citizens remember the spirit of community and service.  Politicians, national leaders, dignitaries from other countries, celebrities, and ordinary citizens take part in this commemorative event.  #NeverForget was one of the hashtags that trended on Twitter yesterday, an indication of how the government officials and citizens of the US feel about the solemn day.

It made me wonder if we Indians are too quick to forget about the many terror attacks that happened on our soil.  Why is that we don’t similarly remember our martyrs and the innocent civilian lives lost?  Let us take a few minutes to revisit and reflect on eleven major terror attacks that India has witnessed in the past 25 years. 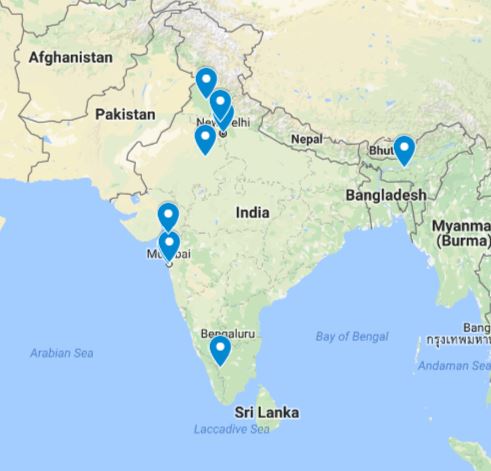 In Guwahati, the capital of Assam, 18 bombs exploded at different locations across the city.  About 80 people died and nearly 500 were wounded in this attack.

Nine bombs exploded in six locations across this popular tourist destination within a 15-minute time frame.  The bombs were planted at busy shopping areas and the death toll went up to 63.

At around midnight, two bombs went off in two compartments of Samjhautha Express.  The explosions resulted in a fire that quickly spread to other compartments as well.  68 people lost their lives and more than a dozen sustained severe injuries.

Within a matter of 11 minutes, seven bombs went off in the first-class coaches of several local trains in Mumbai, killing 210 people and injuring more than 200. Indian Mujahideen was found to be responsible for these terror attacks.

Two terrorists associated with the terrorist groups Lashkar-E-Taiba and Jais-e-Mohammad gunned down people at the Akshardam Temple in Gandhinagar, Gujarat.  31 people lost their lives and 71 others sustained injuries.

Terrorist associated with Lashkar-E-Taiba and Jaish-e-Mohammad breached the security at the Parliament in New Delhi.  6 policemen and 3 Parliament staff members lost their lives in a gun battle that went on for hours.

Targeting BJP leader L.K. Adwani who was in the city, Al Umahh, an Islamic Fundamentalist organization set off 12 bombs in Hindu-dominated areas across Coimbatore.  About 60 people died and more than 200 were wounded.

257 people died and more than 700 were injured in this series of bomb blasts, the worst terror attack the country has seen.  They are believed to have been coordinated by Dawood Ibrahim, don of Mumbai’s underworld.

Sikh militants shot dead 100 passengers on board two trains in Ludhiana, Punjab.  They pulled the emergency brake on the two trains and indiscriminately opened fire on the unsuspecting passengers.

Here is a tribute to the Indian Army soldiers killed in Uri, Kashmir: #NeverForget

Holy Cow! Watch out for These 10 Animals on Indian Roads
To Wear a Seat Belt or Not? That Shouldn’t Be a Question!
Comment