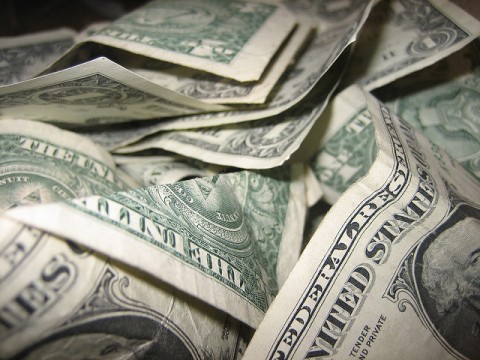 25 of the top 30 business schools in the US, going by the US News and World Report rankings, are named after an individual.  Most of them are named after an alumnus who made a sizable donation to the institution, with the amounts ranging from $20 million to as much as $300 million!  Check out the eye-popping list below.

Top 25 US Business Schools Named After an Individual:

Here’s how and when the title of “The Largest Donation to a Business School” changed hands over the years:

Of course, it’s not all about money.  Naming an institution after an individual does not solely depend on the size of the donation a person is willing to make.  No institution worth its name would accept a contribution from a known mafia don, drug lord, or any individual of questionable integrity.  The reputation of the college will ride on the chosen individual’s name.

Besides, changing an institution’s name is a tedious exercise in re-branding.  So, it is not a process any institution can afford to go wrong with.  The Tanaka Scandal is an example of how messy a process it can be if things do go wrong.  The business school of the Imperial College London was renamed Tanaka Business School after a businessman named Gary A. Tanaka donated £27 million in 2000.  However, in 2008, the name of the college was changed back to Imperial College Business School after Mr. Tanaka’s fraudulent activities came to light.  So, unless you’re a person of unquestionable integrity, no respected institution is likely to take your name, no matter how much money you are willing to contribute.

In addition, it will help to make your case if you’re incredibly accomplished, inspirational, and a long-time champion—not necessarily an alum—of the school.  Good luck!

If you aspire to have a top-tier business school named after you, so that your name lives on for centuries: Five US business schools in the Top 30 continue to go by their original names.  Then again, we wonder what the price tag would be if Harvard, Stanford, Yale, or Columbia were to agree to be named after a benefactor.  Half a billion dollars may not be out of question!  You could cast a wider, global net and follow in the footsteps of Shailesh J. Mehta, after whom the revered Indian Institute of Technology, Bombay’s School of Management is named.  (Mr. Mehta has donated “millions” to IIT Bombay over the years.)

If you’re just starting off on a professional career and aspire to attend a top-tier business school, you may find this post interesting: Things To Do Before You Go Overseas For Higher Studies.

Sex and the Indian: Importance of Sex Education and Safe Sex
Holy Cow! Watch out for These 10 Animals on Indian Roads
Comment