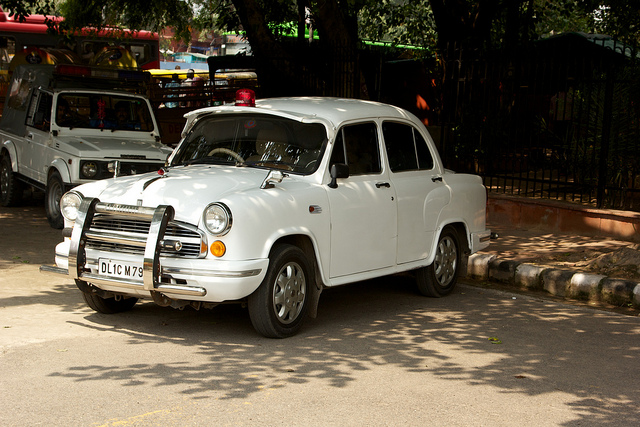 Selection is on the basis of two levels of written exams, followed by a rigorous interview, and the whole process takes about a year.  Of the hundreds of thousands of candidates who appear for the exam every year, and only a tiny fraction makes the cut.  More than 500,000 candidates appear for a preliminary exam whose dates are advertised in April or May and held generally in August.  About 2% of those get cleared, in October or so, to take a subsequent “main” exam held in December.  Roughly a tenth of them then get invited to an interview the following April, with final selections getting announced in May.  The number of available positions varies every year, but is typically 500.  That means a success rate of about 0.1% or 1 in 1,000!

It is not only your academic qualifications that are under scrutiny here, but also your ability to think on your feet and your capacity for original thought.  Taking into account the difficulty involved in cracking the Civil Services Examination (CSE), why do so many young adults harbor dreams of becoming an IAS officer when there are plenty of other job opportunities around?  Read on for some insights.

The preparatory work that one puts in to clear the the examinations, and subsequently to qualify for interviews is in itself, a difficult task involving amassing knowledge about current affairs, governance, international relations etc, in addition to mastering every aspect of the optional subject.  For those who are passionate about learning and knowing it all, the CSE offers an opportunity to prove your mettle, but only if you are willing to slog it out. For intellectuals who like challenges, the CSE will be one of the toughest they would have to put themselves through – an opportunity to test your caliber.

Truly altruistic people will attain their dream by becoming IAS officers.  They are the harbingers of change.  IAS officers have the power to influence peoples’ lives, fight social evils such as corruption, unemployment, poverty, and gender inequality.  They have the capability to impact lives in positive ways and become role models to people who wish to bring about changes to the society.  In 2013, Armstrong Pame, the sub-divisional magistrate (SDM) of Tousem, one of the most backward areas in Manipur, raised funds online and built a 100-km stretch of road linking Tousem to Manipur, with the help of civilians and local constructors when the government turned his proposal down. It is this power to touch lives that gives IAS officers respect and status in society.

As an IAS officer, you will be the bridge between the government administration and the general public.  In the bigger picture, you will be a cog in the wheel of a nation-developing apparatus.  Very few positions come with the prestige and power associated with being an IAS officer.  They are even authorized to sign agreements on behalf of the government.  They are the ones involved in the formation and implementation of both central and state government policies.  IAS officers also get to represent the country in international forums.

Being an IAS officer comes with its own perks as well.  The red light on top of your chauffeur-driven car says it all.  The 6th Pay Commission ensures an impressive salary which can go up to twenty-four lakh rupees (₹24,00,000) per year.  Additionally, IAS officers get fully-furnished bungalows for accommodation, which come with a set of maids, gardeners, cooks, and other footmen in waiting.  All telephone and electricity bills are footed by the government.  Moreover, IAS officers have the option to study in any reputed university abroad for up to four years, the expenses of which will be taken care of by the government.  IAS officers are also entitled to lifetime pension and other retirement benefits offered by the government to all government employees.

Think you have what it takes to serve the country and do your people proud?

For general career advice and tips, you may want to bookmark our Getting Ahead section.

The Greatest Sports Critique Ever Published at 2:38 a.m.
Can we now have the Kohinoor exit Britain and return to India?
Comment