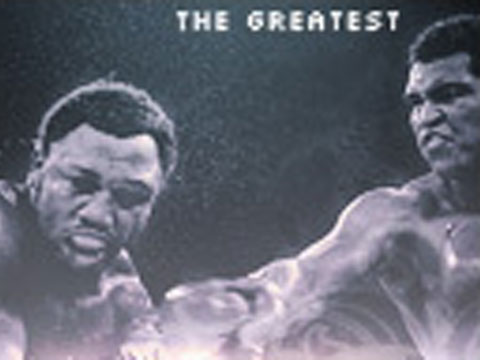 Wimbledon 2016 has just ended.  Let’s re-visit some of the sports stories of the last two weeks, shall we?  Much was written about Novak Djokovic’s building on his four consecutive Grand Slam tennis titles (with his French Open triumph last month) and going for a calendar-year Grand Slam.  He was 28-0 at Grand Slam tournaments over the past year.  After he won his first two matches at Wimbledon and hit 30-0, he equaled Rod Laver’s record for the longest Open-era winning streak at the Grand Slams.  “He could well go down as the greatest to have played the game” was the tenor of many an article from the start of the tournament.  He then lost to the No. 28 seed, Sam Querrey in the third round.  The subsequent storyline: “One of the greatest upsets ever in tennis!”  As reputable a publication as Rolling Stone was guilty of a puff piece on both of those themes.

Following Djokovic’s unexpected exit, an aging Roger Federer came to the rescue of tennis writers worldwide.  All he had to do was survive a few match points and win his five-setter of a quarter-final against the No. 9 seed, Marin Cilic, for fans on Twitter to re-assert the claim that he was the Greatest of All Time.  Wimbledon.org, the official site, asked: “Was this Federer’s greatest comeback?” Andy Murray helped too, by taking five sets to beat Jo-Wilfried Tsonga in another quarter-final encounter.  The Telegraph’s headline: “Was that the greatest Wimbledon men’s quarter-finals day ever?”  Groan!

Andy Murray went on to win the Men’s Singles title, for his third grand slam title (out of 12 appearances in finals).  Headlines that sprang in the UK:

Serena Williams was asked, after winning her Wimbledon title on Saturday, and 22nd Grand Slam title overall, what she thought about being considered one of the greatest female athletes. “One of the greatest athletes,” is what she would prefer, she responded.

Having a great time yet?  The greatest since the month began?  Don’t even get me started on all the recent press about other sports stars.  As sympathetic as I feel towards Cristiano Ronaldo, for his getting injured in yesterday’s Euro 2016 soccer final and having to sit out of most of the game, I am relieved that more ended up being written about the moth on Ronaldo than the myth of Ronaldo.  The same goes for Lionel Messi and Stephen Curry.

To think that it was just weeks earlier that over-the-top cricket fans and ESPN Cricinfo live-score commentators caused me, with their hero worship of Virat Kohli, to retch and swear off Cricinfo for a while.  It may be time now to tune out sports reports altogether.  That may not be a bad thing, considering my recent mid-year resolutions to re-boot and regain some semblance of work-life balance.

Anil Kumar is the founder and CEO of Jodi365.com.  He is based in Chennai and tweets, occasionally, @aktxt.