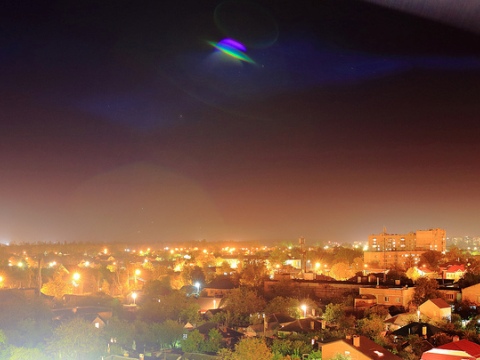 Earlier this week, Stephen Hawking, the world-famous theoretical physicist, was in the news for warning humans against seeking contact with life in outer space.  According to him, since the universe has around 100 billion galaxies, the possibility of life having evolved in another planet cannot be dismissed.  If these extraterrestrial life forms have already used up their resources, making contact with them would be nothing short of dangerous, explained Hawking.  He compared such an event to what happened to the Native Americans after Christopher Columbus ‘discovered’ America.

The world of cinema has tapped into our fear of the unknown and, over the years, has come up with many alien-inspired movies.  In most movies belonging to this genre, aliens are portrayed as hideous creatures who arrive on earth in spaceships armed with massive weaponry (lasers appear to be their favorite!) and try to take over the planet by annihilating the human race.  They appear to be more developed and technologically more advanced than mankind.  Humanity joins hands to successfully fight off these invaders.  Check out these top ten alien invasion movies and re-visualize the possibilities, especially if you’re not inclined to take Mr. Hawking’s warning seriously.

Adapted from Stephanie Meyer’s book of the same name, The Host is a movie about a group of parasitic aliens taking over human bodies after erasing all their memories.  If the consciousness of the host is strong enough, they can fight the alien’s effort to repress them and that is exactly what the lead character Melanie Stryder does.  Together with a bunch of humans living in hiding, she figures out a way to extract the aliens without causing damage to the hosts and sends them back to outer space in the capsules they had arrived in.

Mankind is under attack from an alien race whose only agenda is to exterminate life, collect resources, and move to another planet.  Nations come together to launch a counterattack and finally destroy their ships’ force fields with the help of a computer virus.

A blinding blue light appears in the sky and anybody who looks at it goes into a zombie-like stage.  They are transported to spaceships where experiments are conducted on them.  The focus is on a bunch of people who try to escape from the chaos that has descended on the planet.  But one by one, they get killed or abducted.

Scientists from Earth send out interstellar radio messages in an attempt to make contact with extraterrestrial lifeforms.  They receive transmissions from an unknown alien source which instructs them to splice alien DNA with human DNA.   The result is an ovum which develops into a baby faster than the normal growth rate of humans.  She escapes the facility in which she was detained and embarks on a mission to procreate.

A series of lightning strikes brings to life machines that were buried deep under the earth’s surface.  They create havoc by destroying entire cities and incinerating anything that comes in their way.  Starring Tom Cruise, War of the Worlds narrates the story of a father trying to take his two children back to his estranged wife amidst the backdrop of an alien attack.

Mars Attacks! is a parody of the alien-invasion movie genre.  Aimed at being funny rather than scary, the Martians in this movie are animated.  The deaths are made hilariously gory on purpose.  Finally, humans discover that the Martian heads explode when they hear  Slim Whitman’s song, “Indian Love Call.”  It is later broadcast across the globe to destroy the invaders.

The protagonist discovers that an alien race has taken over the people in power. The are manipulating the human race with the help of subliminal messages that forces humans to conform.  With the help of a pair of sunglasses he acquires, he is able to tell the aliens apart even though they have taken on a human appearance.

Set in the Antarctic, The Thing is about extraterrestrials from a buried flying saucer killing life before perfectly imitating them.  The only way to destroy the ‘thing’ is by burning it.

Mysterious crop circles appear across the world and nobody knows why.  A bunch of aliens who can camouflage with the surrounding are responsible for these ‘signs’.  Soon, they become hostile and start abducting and attacking humans.

Alien spacecrafts land on Earth’s oceans and launch large-scale attacks on humans.  The movie captures the US army’s effort to find the aliens’ central command system to destroy the drones that are wreaking havoc, and save the planet.

Check out these 12 TV shows that you should watch instead of a re-run of Friends.

Foreign Music Bands in India: A Peep Into the Past
Naming Rights for These 10 US Business Schools Fetched $1.2 Billion!
Comment