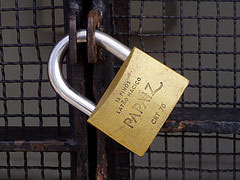 Feel like cringing at the worn Bollywood plot of ‘Boy and girl fall in love, and their families go ballistic’? Well, sadly, art continues to imitate life for many Indian-Americans!

I write as an American desi girl thrown into a whirlwind of culture, tradition and allegiance by her parents’ yearning for their motherland.

My mom came to the United States from India in the early 1970s, at the age of 20.  She journeyed by herself, bright-eyed, heart full of dreams, and hands and feet ready to work towards making a better life for herself and her entire family back home in Kerala, India.  She was recruited as a registered nurse to work for an American hospital that had a shortage of nurses.  She worked hard and looked forward to marriage and raising kids in this land of opportunity.  In time she was married and my brother and I also came into being!

Like most parents, my mother and father wanted their children’s lives to be better than theirs.  And, boy, were they proud to raise me in America!

Yet, they continually struggled with the fear of losing their grip on their homeland.  The traditions and culture they held on to were ingrained in them.  They feared, though, that as my brothers and I grew up we would become so assimilated in the American way that we would lose sight of our Indian heritage and the ‘right’ way.

My family was very religious, so church and Indian culture was much like breathing.  What it meant was that I became mashed and moulded into this ball of Indian and American… but mostly Indian ball.

It was an untold rule at home that dating would be forbidden.  I knew that I was expected not to talk to any boys and to be, against the grain of my personality, a gentle Indian flower that they could present to relatives and members of the desi community as their prized offspring.

Everything my parents did was out of love and out of fear.  They did not want to mess up in raising children in an unfamiliar America.  My parents very well knew the peer pressure and mainstream American culture that went against much of what they believed in.

So, my life growing up was a constant struggle between two very different worlds.  Blue jeans and T-shirts at school and salwar kameez at church and home.  I was taught from a young age how to make chai and perfectly round rotis so that when people would visit they would say “Wow, look at Raju’s daughter!  They did such a good job raising her in our culture!”  Then would come the jokes from the friends and family about one day finding me the perfect husband from India.  These jokes made me feel so uncomfortable.  I didn’t want to have an arranged marriage.  Yet, voicing this was unthinkable because we never talked about love and relationships in our home.  It was a taboo topic.  When I was older it was clear within my family that I would have an arranged marriage and that that was all I needed to know.

I’d watch movies and listen to music that talked about love and my heart would just well up at the idea of being in love.  I hoped that maybe one day I could have a boyfriend.  I dreamed about a beautiful romance with the love of my life.  I dreamed of dates and how it would be to see my date at the door with flowers.  I could picture him say, “I have no words to describe how beautiful you look tonight.  I really am the luckiest man on the planet.” I imagined I would blush and smile.  Perhaps we would go to a nice restaurant.  I would be all dolled up.  I fluttered at the thought of doors and chairs being pulled out for me.  I envisioned my Prince getting down on one knee, with tears in his eyes, asking me to marry him and I would exclaim “Yes!!!”

My days and nights were lived in this dreamy cloud of wanting to be like my other American friends.  I realized at the age of 18 that those dreams were to come to a crashing hault.  My parents started putting pressure on me to get married.  I would run into my room crying.  I felt like I couldn’t fight them back, and any objection I showed was counteracted with emotional blackmail stemming from their own fears.  (“We have an image in the community to maintain and a culture to uphold.”)

If anyone were to think I had fallen in love before marriage, or even simply known the guy in any way, it would be a shameful thing.  My parents’ only way to make sure that no one would ever wag their tongues about the origin of my marriage was to find a boy from India.  They began placing a matrimonial ad for me in Indian newspapers and proposal letters with pictures attached began flooding in from India.

I was so heartbroken and sad.  My gut told me that this was all wrong.  I needed to know more about the man I would marry.  When my ailing mother asked me in a pleading voice to allow them to take me to India to get married, I knew that I had been emotionally swayed to the point of sacrificing my own life and happiness for my family’s honor and my parents’ happiness.

This aspect of life – love and marriage – is one of the biggest challenges that desi kids raised in the west by traditional Indian parents struggle with.  The next time you watch a Bollywood movie and feel like cringing at the worn plot of ‘Boy meets girl, they fall in love, and all hell breaks loose among their families’, remember this: Art continues to imitate life for many of us, and painfully so!  Indeed, this struggle between who I am as an American and as an Indian is at times more than I can bear, and I continue to be torn between my two worlds.

Stacy A. is an American desi – a proud American and a proud Indian!  She tweets at@AFemaleView.

Here are some thoughts from another non-resident Indian on what it is like to be in India: Hear From a Young NRI from Qatar.

Wedding Planning Getting Overwhelming? Take a Time-Out!
Paean to an Indian Wedding
Comment