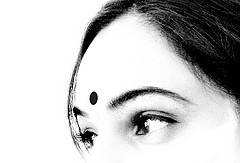 One would think that after so much trial and error, I’d be married by now. I’m not. There are, however, some things I’ve discovered while on this journey.

It’s two years since I met not Mr. Darcy, but Mr. Dowry. Two years! I cannot believe that in two years a concerted effort to get me hitched has yielded no results.

I think there might be something fundamentally wrong with me.

Maybe I’m unattractive, but if beauty lies in the eyes of the beholder, then unattractive is a relative term! Maybe I don’t qualify to be the perfect little wife. Maybe there are no men in Kerala who could possibly think that a confessional, pop-writer is a good bet as a wife. What if I use them as material for my writing? Too risky! Besides which, I am a “freaky girl”, and freaky girls are just not acceptable applicants into wife school.

There is absolutely no way that I am cowing down to social pressure to get married. What’s the incentive anyway? That people will stop asking inappropriate personal questions? Here’s my take on that. As long as you’re single, at least the comment is “Get married soon”. Once you are married, however, talk veers from “How are things with you and your husband?” to “Are you pregnant yet?” to “Don’t be so argumentative, men don’t like that” to “When I was newly married, I did(n’t) do this…”. I choose one intrusive comment over multiple intrusive comments any day!

Being single is no fun ride either, by the way. I’ve been temple-hopping with my family, who are entering these holy spaces to pray, with a single-minded goal, that I will get married courtesy some epic divine intervention. From a beautiful shrine in Kerala that entertains “Help us get her married” requests to a few places of worship that dot the Chennai coastline, I’ve been to plenty of temples, accompanied by my overzealous family who hope to god that something happens.

One word out of my mouth, and they tear at me like a pack of hungry hyenas. “Stop making such a fuss”, “We’re in a holy place, I don’t see why you need to be so negative”, “This girl is impossible, all she does is complain… stop it!”. It’s maddening. There are times when I wonder if I should just get married so this will all stop, but it takes me back to the unsolicited commentary and I stop myself from wishing too hard.

Personally, I would like to be in a long-term, committed relationship with someone I like and respect.  It doesn’t need to be a peachy, picture-perfect relationship. Those don’t exist. For some reason, wanting a relationship and getting said relationship seem to be on two opposing ends of the spectrum. I think I know why.

It’s because I spend this much time harping on what they’re doing rather than sit with them and explain exactly what I’m looking for. However, parents, like us when we were little, have very selective hearing. They absolutely refuse to give you the benefit of the doubt. For them, you’re young and you have no clue. But having been born as divinely blessed beings who’ve never done one stupid thing in their lives, parents are somehow in a better position to judge.

I know that I didn’t sign up for this.

So this is where it’s at now – my parents are still scouring the Internet, the phone directory, the state of Kerala, and the Malayali community across all of planet Earth, to find me a suitable boy. They also know that when the time is right, he will fall out of the sky and crash land on our terrace. Until then, they can be found, praying real hard and bribing that fat priest, at a temple near you! As for me? I’m the one observing all this from a distance, and recording it so you and others – especially the ones who can relate – can empathize, commiserate, or just have a good laugh. More than anything, I hope you recognize that you’re not alone in what you’re going through!

Editor’s note:
For other parts of this six-part Kalyanam Chronicles series, click on the links below.

That Special Someone Is Not Easy to Find
Holy Matrimony! Conditions Apply
Comment

Foreign Music Bands in India: A Peep Into the Past