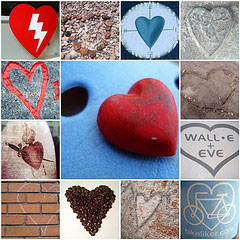 Apparently generalizing women is precisely how best to understand them. This Valentine’s Day, take a stand, it’s about time you did!

Self-help books have undoubtedly given many readers an insight into the human psyche and transformed many lives.  They have also been the subject of immense scrutiny. The most popular ones in this category, after the Chicken Soup series, are those that help each gender understand the other. I’ve read a few, and I find it very difficult to agree with a lot of what is posited in the pages of these life-changing books.

One thing that irks me is the simple codification used to figure women out. It’s as easy an antonym – she says no, she means yes. Making women look like the most uni-dimensional things since stick drawings! Don’t get me wrong, I don’t think there is anything wrong with self-help books or generalizations, but it bothers me when the whole thing is validated by popular culture.

Take the Valentine’s Day code, for instance. In this code, it is hypothesized that women who claim to be anti-Valentine’s Day actually crave the attention and romance and mush. Well, let me just say that is once again reducing a woman to some form of binary-coded automaton who cannot think beyond a yes or no.

It might seem like I’m harping on the same point, but let’s look at this a little more seriously than we normally do. Thanks to these “This is what women actually mean” memes, we’re left with no option but to cry ourselves hoarse refuting these claims. Only to realize that some genius is pointing fingers at us and telling his genius friends – “I told you so”.

Personally, there have been maybe two Valentine’s Days when I’ve had dates. I was wooed in one and left fuming in the other! My favorite Valentine’s Day, however, was in 2010. A group of friends and I had gone out for the just-released film Valentine’s Day (we had free tickets).  We then went shopping and headed over to our favorite hangout for a drink and lunch. We had the best time!

We didn’t need a date to make ourselves feel better. We were happy exactly where we were and we didn’t need validation in the form of a date. Most importantly, we didn’t want to go out on a date and we actually meant that.

It’s about time women actively disliked being generalized. If we have the emotional wisdom to be maternal, career-oriented, and filial all together, chances are that we are more than just people who say no when we secretly mean yes.

If you think being single is a an ordeal, read: Indian Girl: Still Single and Spirited.  Or, if you are contemplating being in a relationship, read: How To Find Someone To Date. 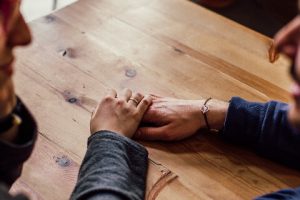 If You Tend to Eat Out, Watch Out for These Tricks that Restaurants Play!

The Search for Rahul Gandhi’s Bride