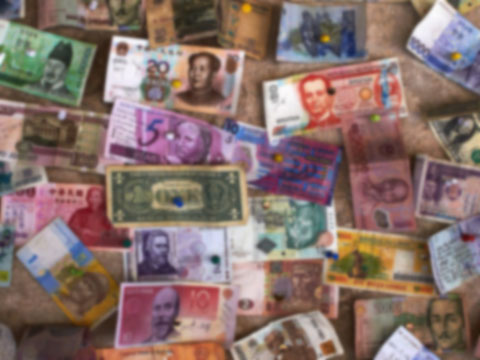 Last night, I came across a young woman’s post on a Facebook group relating to startups in India.  She was posting on behalf of a friend, an MBA graduate who had “14 months of work experience,” including at a startup, and was looking for new opportunities… with an “expected salary of 8+ LPA (fixed)”.  To those who count in millions and billions, and not in lakhs and crores, that’s short for eight lakh rupees or more per annum (₹800,000+).

It didn’t seem unreasonable.  The median salary for those graduating from a top-tier Indian MBA program is likely north of ₹15 LPA.  Take for example, the data in the table below, which shows 2012 campus placement data at IIM Ahmedabad:

The median salary for fresh graduates of Tier 2 MBA programs (Top 30) in India, if my understanding is right, is in the range of ₹800,000 per year, while those graduating with an MBA from Tier 3 programs (Top 75) receive median offers of ₹4 LPA.

The Laws of Supply and Demand

That young woman’s earnest post seemed to have rubbed some in the group the wrong way.  “₹8 LPA with only 14 months of experience?” and “He should stick to his current job” were two of the snarky comments that I noted.

I felt like chiming in with thoughts of my own, but unfortunately, the post seems to have been deleted.  If I could still get through to that young woman and her friend, this is what I would say:

I am used to seeing “fixed price” beside fruits, vegetables, and household goods.  I can’t recall seeing “fixed [price]” beside a candidate’s expected salary.  My take on the situation: While the candidate may be strongly signaling what vendors do – “No bargaining”– it may help to remember that just about everything in life is negotiable.  In a free market, the clearing price of a good or service is that which someone is willing to bear and the other is willing to accept.

I am not passing judgment on the expected figure (it could well underestimate the candidate’s worth).  I am simply pointing out that there exist laws of supply and demand.  If there are no takers at the candidate’s asking price, then his price will have to fall, if he wants a job.

In some situations, there may be merit to declaring that you will not negotiate.  A government’s signaling that it will not negotiate with terrorists in a hostage situation may result in a short-term loss (of the hostages’ lives).  Yet, it may be justifiable as part of a strategy to deter terrorists and thereby to result in fewer calamities in the long run.  In another scenario, while driving on a narrow, two-way road little more than one vehicle wide and approaching an oncoming vehicle, yanking the steering wheel off one’s car and visibly throwing it overboard may be an effective ploy to get the oncoming driver to blink and steer his vehicle off course, to make way for you.  However, this game of chicken requires the two parties to face off in a deal-or-no-deal situation, which is not the case at hand, where potential job providers haven’t even been identified, let alone engaged in a face-off.

The candidate may benefit from suggesting a high expected salary, both as an anchoring tool in negotiations and as a signal of quality.  Stating a “no lower than” salary may help to filter out bargain hunters and save time, but I don’t see it as a way to maximize one’s salary.

I also want to point out an amusing parallel between a candidate’s fixating on a salary figure and a rookie entrepreneur’s fixating on pre-money valuation while seeking funding for his startup.  There are many variables in play in a compensation and funding negotiation.  Fixate on only one at your peril.

You may find an employer willing to offer your expected salary, but at what cost?

Similarly, entrepreneurs hung up on a pre-money valuation may fail to appreciate the impact of many other levers that an investor can adjust in a term sheet.  You may get your vanity valuation, but at what cost?

Ways to Negotiate a Better Outcome

The way to optimize your outcome, when multiple levers can be pushed in a negotiation, is to look at all of the levers together and to negotiate on the overall package.

Look beyond your opponent’s stated positions – e.g., “I can offer only ₹X LPA” – and understand their underlying interests.  The insights that you gather would be invaluable to negotiating a better and yet mutually beneficial outcome.  Their interests may well be, “I want my business to remain profitable” or “I can’t have current employees or other new hires feel shortchanged.”  You could then address the underlying interests and concerns and make a case for an outcome that would satisfy your own interests.

Understand that negotiations don’t have to be a zero-sum game.  That is, your opponent’s losing ground doesn’t have to be the only way you carve out a bigger share for yourself.  Look for ways in which you and your opponent can increase the size of the cake together, before splitting it.  Here’s an example: Let’s suppose that your employer’s offer was only ₹7 LPA, whereas you want ₹8 LPA.  It would be shortsighted to approach the negotiation as, “For me to gain ₹1 LPA or even ₹0.5 LPA (beyond ₹7 LPA), my opponent will have to go home with that much less.”  Think about ways in which you both could improve your outcomes together.  Recognize this: If your employer is offering ₹7 LPA, your perceived value to their business may be ₹15–20 LPA (after factoring in overhead).  What if, working together at the negotiation table, you and your opponent could agree on ways in which your value to their business were to become ₹20–25 LPA.  They would make ₹5 LPA more.  What if you agreed on, say, a bonus of 30% on revenues you bring in beyond ₹20 LPA.  Your opponent would still make ₹3.5 LPA more, while you get to take home ₹1.5 LPA more.

Be prepared to walk away from the negotiation, and signal that in clear terms, if you are simply not able to get the outcome you desire.  Walk the talk, though.  Don’t have your opponent call your bluff.

Walking away is easy to do in either of these two cases: You have nothing to lose (as when you’re content with what you have) or you have a competing offer.

It is why professionals who are gainfully employed can demand more when recruiters and companies come calling about new opportunities.  If you are open to new opportunities, don’t wait until you’re out of work and have recurring monthly bills that will need to be paid.

It is also why startups that court multiple venture capital firms in a coordinated fashion and are able to get competing term sheets end up raising money on better terms.  Rather than an entrepreneur who is running out of cash and has to put himself out there, with a begging bowl, before VCs, be the entrepreneur who can demonstrate traction and a viable business model.

Lastly, be open to being courted, but focus on doing well what you do.  (Expand your horizons to do other things if you must.)  The better you are at what you do, the more the number of likely suitors and the better their proposed offers.  Go about life and become as compelling a prospect as you can.  You won’t have to distract yourself as much as when you’re an aggressive chaser of the next opportunity.

This blog post brought back fond memories of my own MBA program at Chicago Booth.  I am grateful to many of the professors there for their lessons on negotiation, managerial decision making, entrepreneurship, and venture capital: Eugene Caruso, Linda Ginzel, John Sylla, George Wu, Scott Meadow, James Schrager, Waverly Deutsch, Ellen Rudnick, Steven Kaplan, Sam Guren, and Ira Weiss.  I have also benefited from observing the negotiating and decision making styles of many colleagues and managers over the years, including David Gray, Bruce Hutchison, the late Duane Laible, Rick Strong, and Peggy Noethlich.

Anil Kumar is the founder and CEO of Jodi365.com.  He was previously the first lead associate at Hyde Park Angels.  He is based in Chennai and tweets, occasionally, @aktxt.

An Open Letter to Employees Laid Off by Startups Such as Flipkart, Ola, Zomato, Snapdeal, TinyOwl, and FoodPanda
30 Everyday Acts of Kindness That We Can All Practice
Comment

How to Ask a Girl Out: Tips for the Uninitiated