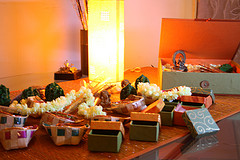 The pages of the Single Urban Girl’s diary get more intriguing as she meets someone she finally likes. Is this how it all ends? Does she get married?

I was excited about a Sunday morning bus trip, which would lead to a nostalgia-ridden article in a special supplement. At home, I was overdoing the “I can’t wait for Sunday” song when my parents informed me that another family, prospect included, was coming to meet me on Sunday morning.

Personally, I had every intention of sleeping for an unspecified amount of time after returning from my assignment. I did not plan on bathing and getting dressed in nice clothes to meet someone, that too on a Sunday. Some part of my mind registered the gross criminality of a lost Sunday morning, when I was told that the proposal had come our way through a mutual friend.

The stakes were higher. The possibilities, for my family at least, were delicious enough to put chocolate cake to shame.

As is custom in my family, menu planning, cleaning, and a whole lot of discussing (until everyone is blue in the face!) ensued. The activity yielded this: They were driving from Bengaluru, so we’d give them breakfast and coffee or tea; I would handle the scrubbing, dusting, and mopping part of the cleaning; my two aunts and one uncle were in charge of putting the food together and taking care of socializing with the elders.

The whole pre-guest-arrival preparation was peppered with too many anecdotes to put down here, so let me summarize by saying that our apartment never looked shinier!

Once I was back from my morning’s assignment, I had to get dressed and I decided that this once I will behave myself and do as I am told. So I sat in a room, reading One Flew Over the Cuckoo’s Nest, and waited.

The guests had arrived and I had to get into juice-serving mode.

Once the awkward formalities had been dispensed with, the boy and I had to talk alone – a strange ritual that knows no geographical or cultural boundaries in our lovely society.

As we spoke, I realized that the conversation was not awkward or peppered with strange outlandish comments. It was interesting. We enjoyed each other’s company and he said three key words – travel, theater, books. And these words seemed to be an integral part of who he was as a person, outside of his role as a banking professional.

That aside, he seemed to have hit it off with my brother; my then 10-year-old, PSP-obsessed cousin; and my then 6-year-old overly-hyper cousin. The atmosphere at home was familiar and everyone seemed to be in good spirits.

After they left, I just said yes. Nothing more. My family was delighted. I was, to be perfectly honest, happy that the conventional matrimonial process had thrown up one candidate with whom I had things in common and with whom I could foresee a life together. However, my close acquaintance with the pop culture icon Murphy, of Murphy’s Laws, ensured that this good feeling was temporary.

A few days after they had left, my family had gone strangely silent. There was no animated chatter about an impending wedding and scheduling of dates. Just an awkward silence.

I was too caught up with work to think too much about it.

A few weeks later, out of sheer curiosity I asked my parents about what happened. It turns out that things were not as peachy as I had imagined. The boy’s people decided that my family did not “meet their standards.” To the uninitiated, that is code for “they won’t be able to provide as much as we expect to be provided,” by way of dowry.

I was appalled! Yet, I was also immensely grateful to have escaped what would have been a relationship rife with problems. He was too good to be true, and none of us were suspicious enough to read the fine print. It was at this juncture that my least-favorite idiom was uttered by someone…  “Maybe it was not meant to be.”

I am, as you’ve figured out after having read through an exhaustive chronicle of the getting-married process, still “unmarried”. What is also certain is that I will encounter more characters who fuel more inspired rants on matrimonial matters.