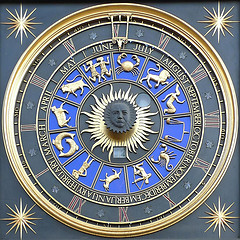 Many people believe that the alignment of stars and planets at the time of one’s birth has a profound effect on the kind of person they turn out to be.  If you are of that sort, then all this recent media hullaballoo about how the zodiac has shifted must be perplexing indeed.  Take my case, for instance.  I was supposedly not a creative, volatile and attractive Aquarian any more; I had been shifted to the group of stable, hardworking and disciplined Capricorns.  I went from being the rockstar of the astrological world to becoming its bank teller. Imagine that!

Perturbed by this change in my stellar status, I did a little research.  It turns out that the 12 ‘sun signs’ of the western zodiac are attached to the four seasons of the year, a part of what’s called the tropical zodiac. They aren’t really affected by the recalibrations of the Earth’s distance from the 13 constellations (Ophiuchus being the ‘new’ one that has been causing all this trouble). The recalibrations are mostly relevant to what’s known as the sidereal zodiac, which is followed by some of the eastern astrological systems, such as the Jyotish system.

I plan to check with some astrologer friends on what that means to horoscope matching on the basis of my kundli.  For now, it is reassuring that, at least according to the western zodiac, my sun sign remains unchanged.  So, if you used to be a Pisces and happen to be looking for a love match and horoscope compatibility among Cancers and Scorpios, worry not – you can continue doing the same!

Not sure about how to find your love match? Read: How to Find Someone To Date.

When Did You Last Vow to Obey Someone?
Comment