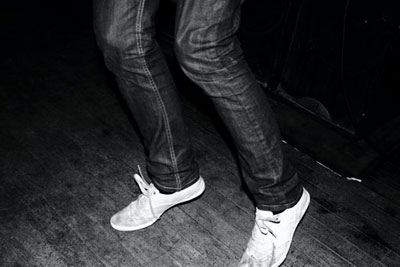 Want to get people on to the dance floor and have a good time?  Follow this Bollywood-inspired recipe!

India has several classical dance forms and dozens of folk dance traditions, many dating back hundreds of years, if not a few thousand.  So, naturally, dancing comes as easily to an Indian as swimming does to an Australian.

If you were not paying attention in the womb, here are some easy dance moves (inspired by Bollywood) to help you become the life of a party.

This move is a good way to get the dancing going, if you find that people are too comfortable on their rears and need to be coaxed to hit the dance floor.

If some guests need more of a push to get started, start them off with the Cat Scratch and these instructions:

“Picture that you’re a cat in front of a scratching post.  Scratch away!  Some of you may find it easier to imagine that you are swimming upright and doing the freestyle.  Either way, the key to getting this move right is to kick vigorously.”

Some others may need to be reminded that food won’t be served until after the dancing.  Remind them with the Roti Dance.

You will soon come to realize that many people are sheep.  Lead them, starting with the Forward March.

If you live in an apartment and worry that the Forward March would disturb your neighbors, go with the softer Catwalk.  Remember, as dance guru, it is your responsibility to help people shed their inhibitions.  If you think they’ll fear this move would make them look gay, just dim the lights.

And if space is very tight, you could just stay in place and do the sideways twist.

Once you have warmed people up and they start to shed their inhibitions, you could get their endorphins really flowing with the good-old One-Two, One-Two!

Occasionally, you may find an enthusiastic, perhaps even tipsy, Auntieji and Uncleji joining the dancing and asking for a demo of latest moves.  Humor them.  If they pester you, say for some Miley-style twerking, give them the desi twerk instead!  Unlike Miley Cyrus’ lame hip shakes, this variant involves a full squat, so Auntieji and her wobbly knees will trouble you no more.

Expect to receive more requests for lessons, especially from the shy or uninitiated.  Be patient.  Remember that you were also once a beginner.  Pace yourself, though, and remember to go easy on your back, especially with the Pelvic Thrusts.

Remember, the whole idea is to lose yourself.  If you want others also to get into a trance, end with this “I don’t give a damn!” move.  Don’t be suprised if they follow along with head bobs or head shakes.  Yes, this move has that kind of a hypnotic effect.

Check out these Uniquely Indian Gestures and let us know how many you regularly use.

Harassment: If You See Something, Say Something!
Wedding Planning Getting Overwhelming? Take a Time-Out!
Comment

This, too, shall pass

What Clothes to Wear to Work or College: Dressing Tips for Women